Liam and I went to Kirkwood park, a lovely wooded area, with two playgrounds and a lake. We stopped to examine the activity of hundreds of bees and butterflies on purple flowers. Bumble bees were buzzing, and butterflies were flitting. He was fascinated and said, "I want one." 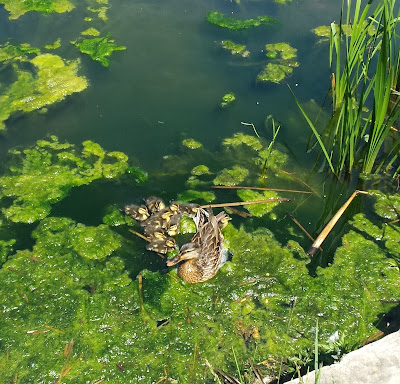 He dropped one of his crackers, and three mallard ducks came to gobble the crumbs. We heard quacking from across the lake and were delighted to see this mama duck with her eight ducklings. Of course we had to feed her, too. Then, it was off to the playground with "baby Alex." 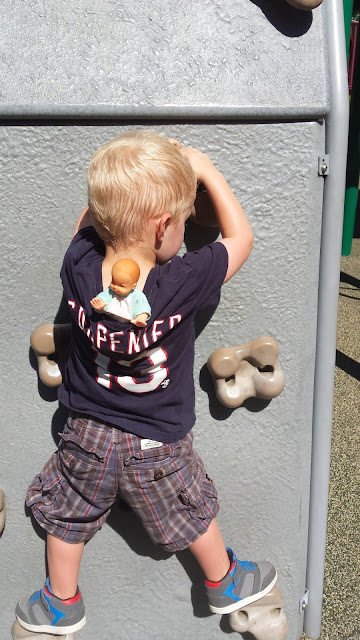 This bald baby doll, which is about the same size as Alex, who is growing inside his mommy, used to belong to Liam's mom. So when I showed it to him, he claimed it as his brudder. What better way to get him ready to accept a tiny intruder into his life who will require lots of attention?

Liam climbed the rock wall with him and took him down the slide, and 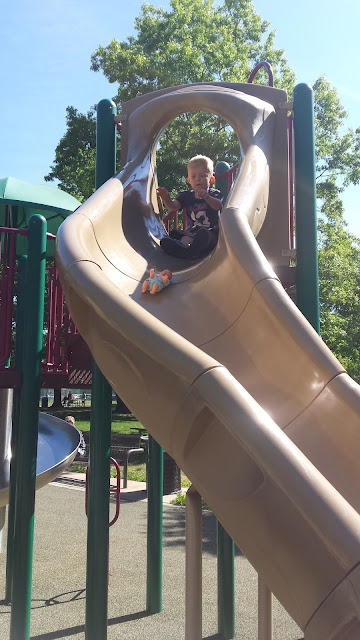 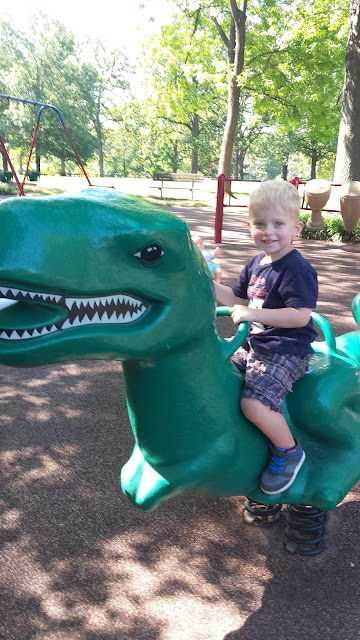 on the dinosaur rocker. He tried to show him to a little girl named Heidi, but she was "too cranky" according to the roving reporter who thinks everyone is his friend. Heidi's mom laughed and said, "Liam is going to be that boy who chases the girls who are hard to get." Probably. 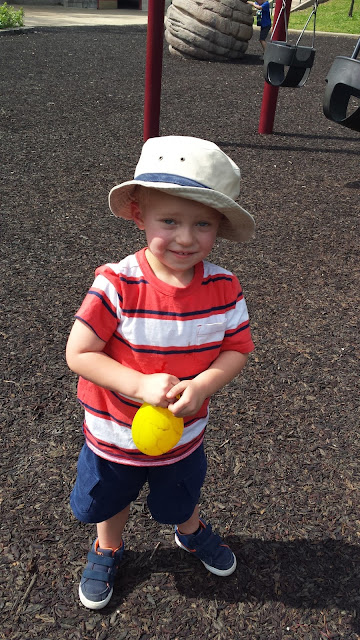 He wants me to fill a dozen water balloons when he comes to visit, and then he shares them with the children at the playground. Amazing, they don't pop right away. The kids toss and chase them and giggle. Parents seem to be as thrilled as the children.

At nearly 90 degrees, he went "swimming" with baby Alex. See that trickle coming out of Alex? Liam ( who is almost potty trained) said, "I'm going to take off his pants and show him how to go potty."  I convinced him this was a doll and he wouldn't be able to. Thank goodness my curious little guy listened to me. I so appreciate every precious minute with this little wise guy. Look at how long his legs and arms are. He will look like a giant compared to Alex, who is due in late August. 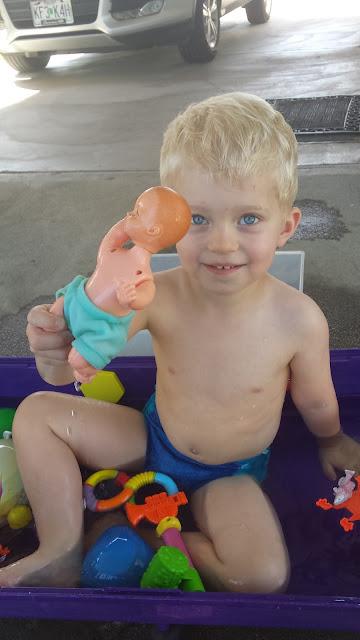 Wishing you a happiness.
Posted by Linda O'Connell at 10:08 AM

Linda, I am babysitting my great-nephew right now. It won't be much longer and he will be climbing and running around just like your Liam. I hope I can keep up with him!

I love the rock-climbing and the slide! Liam is a doll himself!

So sweet that he wants to share everything with his little brother, "Alex."

What a fun time and cherished memories. Liam is a doll.

That (and Liam) is so cute. We have wood ducks on my son's lot in front of our house. We are going to build a 'duck house' for them to lay eggs in. We love watching them waddle all over the field down by the creek.

Liam is growing up so quickly. Such a cutie!