A visit to the South's Grand Hotel

Our children were all spread out this Thanksgiving, so we took a drive south and visited
The Peabody, an historic hotel in Memphis, Tennessee.
Still called the "South's Grand Hotel," The Peabody is listed on the National Register of Historic Places and is a member of Historic Hotels of America. The hotel was cited by the U.S. Department of the Interior as one of the country's most outstanding preservation case studies. The original hotel was built at the corner of Main and Monroe in downtown Memphis and was considered one of the finest in the South. It had 75 rooms with private baths, a ballroom, saloon and lobby. It cost $3 to $4 a day for a room and meals, extra for a fire or gas light. 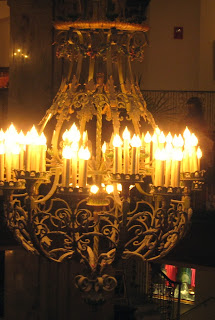 We were on the second floor balcony filming the holiday activities below. This gives you some perspective of how large the chandelier is.
The Peabody Hotel is a Mid-South institution, its name considered synonymous with Southern hospitality and Delta style. The 13-story hotel is an excellent example of Italian Renaissance Revival architecture and is Memphis' only historic hotel. 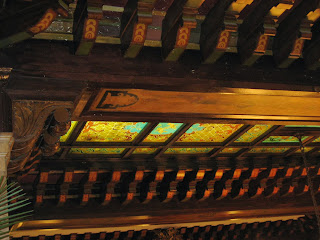 The beautiful ceiling is inlaid with carved wood trusses.

The original Peabody was built by Colonel Robert C. Brinkley in 1869. Just prior to its opening, Brinkley received news of the death of his good friend, philanthropist George Peabody. As a sign of respect for Peabody, who endowed George Peabody College in Nashville and contributed much to the disadvantaged South, the new hotel was named The Peabody. 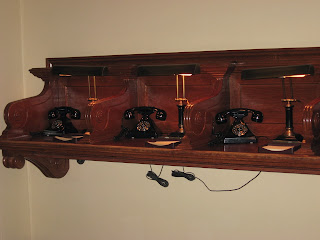 Can you imagine the conversations that took place? Wouldn't you love to eavesdrop on a few?
"The Mississippi Delta begins in the lobby of The Peabody Hotel and ends on Catfish Row in Vicksburg. The Peabody is the Paris Ritz, the Cairo Shepherd's, the London Savoy of this section. If you stand near its fountain in the middle of the lobby... ultimately you will see everybody who is anybody in the Delta..."
- Author/Historian David Cohn, 1935. 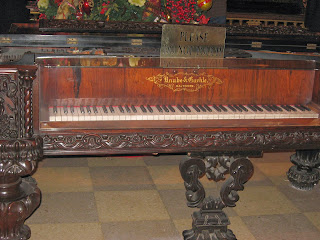 Can't you just hear the blues being belted out on this antique gem?  I have photos of the famous. 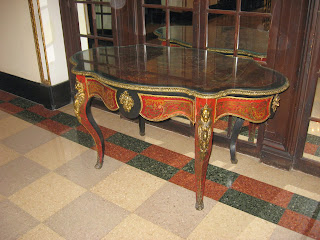 This exquisite table was one of many pieces of furniture that caught my eye. The woodwork and double size wooden doors were also astounding. I felt like I was in a castle. I could almost hear the rustle of hooped skirts and  the voices of the gentleman suitors asking their belles to dance. 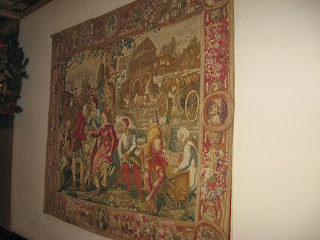 This wall-size tapestry was gorgeous. Can you imagine the tales this could tell?

Won't you come back for more photos? I have pictures of items in the mini museum, as well as the holiday festivities, and of course details about the duck walk and how it came to be and the story behind the fountain.
Posted by Linda O'Connell at 7:07 AM

My girls and visited Memphis once - sure wish we had done more than just drive past the Peabody!

Can't wait to hear about the rest of your trip, and see the pictures!

Great photos. I'll have to Google it now to read more about it. :)

Lovely photos! It looks like a beautiful, historic spot.

Oh I know seeing this must have been refreshing for you! So glad you got there and thanks for the pics!

I almost got to go to a writing retreat at another Peabody. I can't wait to see more photos.

I KNEW that was the duck-walking place! I hope you have pictures.

I'm glad to see it is all so well preserved and maintained. It's beautiful.

Is this the hotel with the ducks in the lobby fountain? Tom and I went there--didn't stay there, though. I absolutely loved it.