Click on the pictures to enlarge and see the details of these balconies and shops in New Orleans French Quarter. 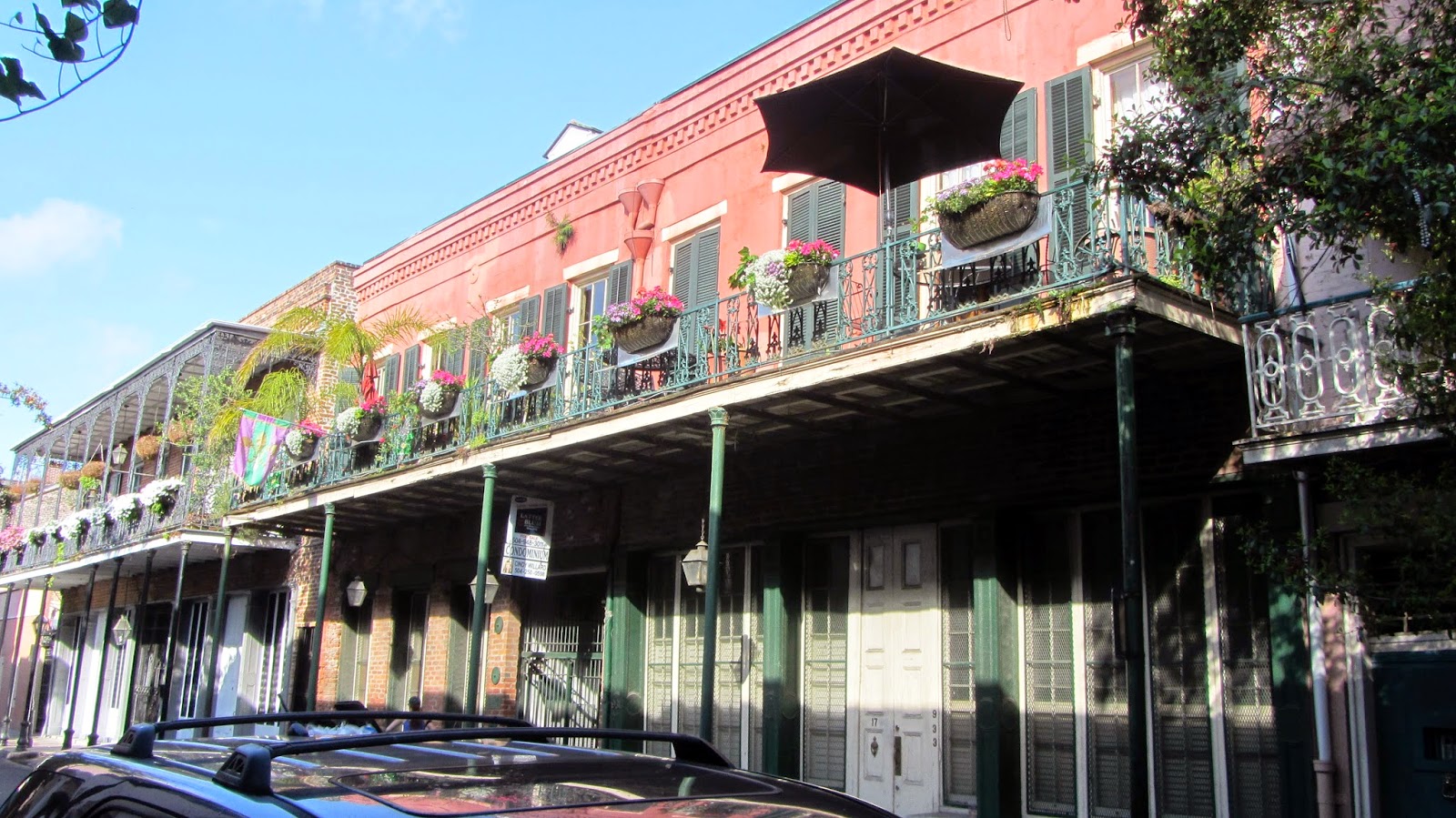 I was fascinated by the architecture. 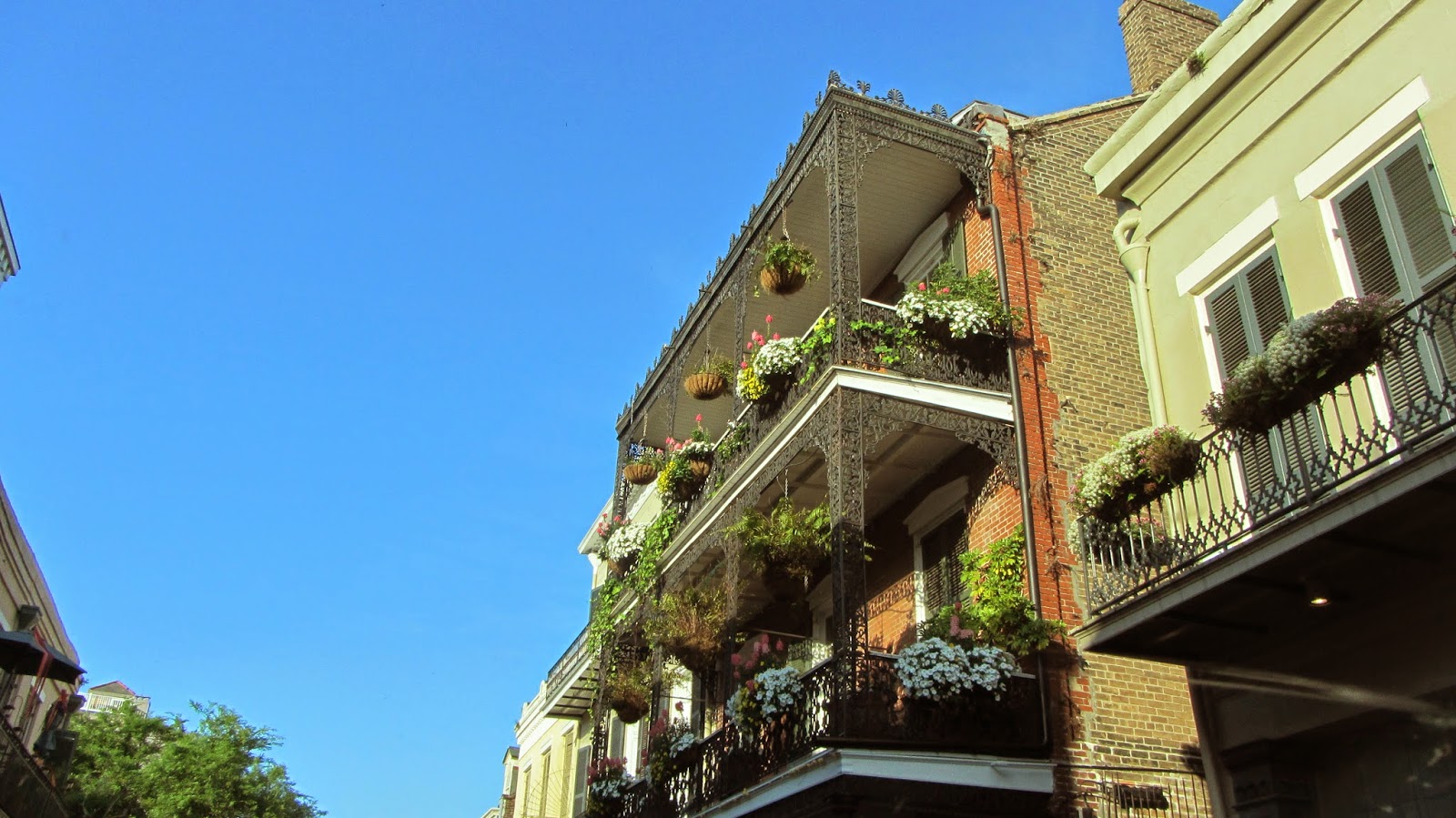 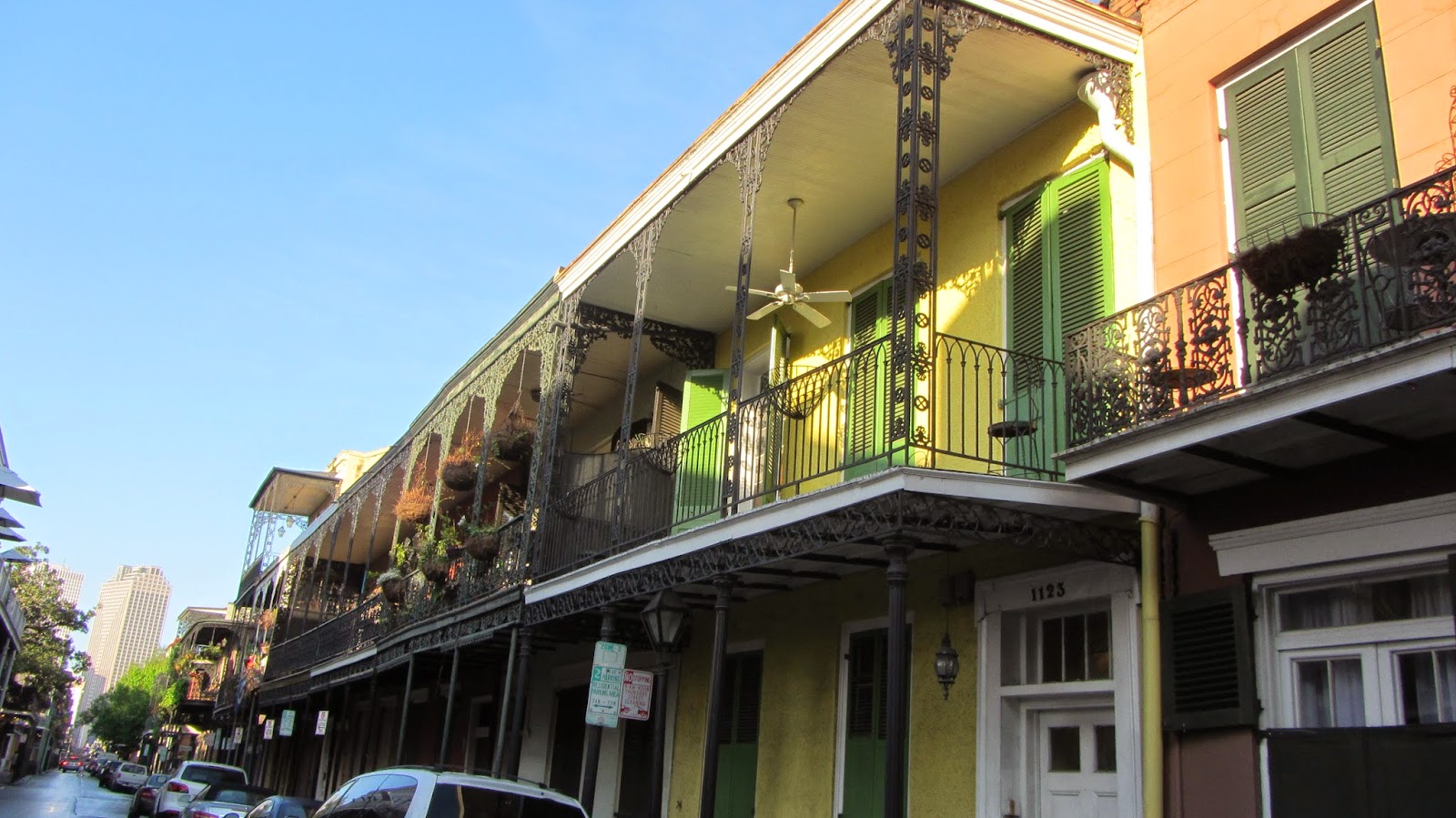 At first glance, I thought these were reindeer decorations. 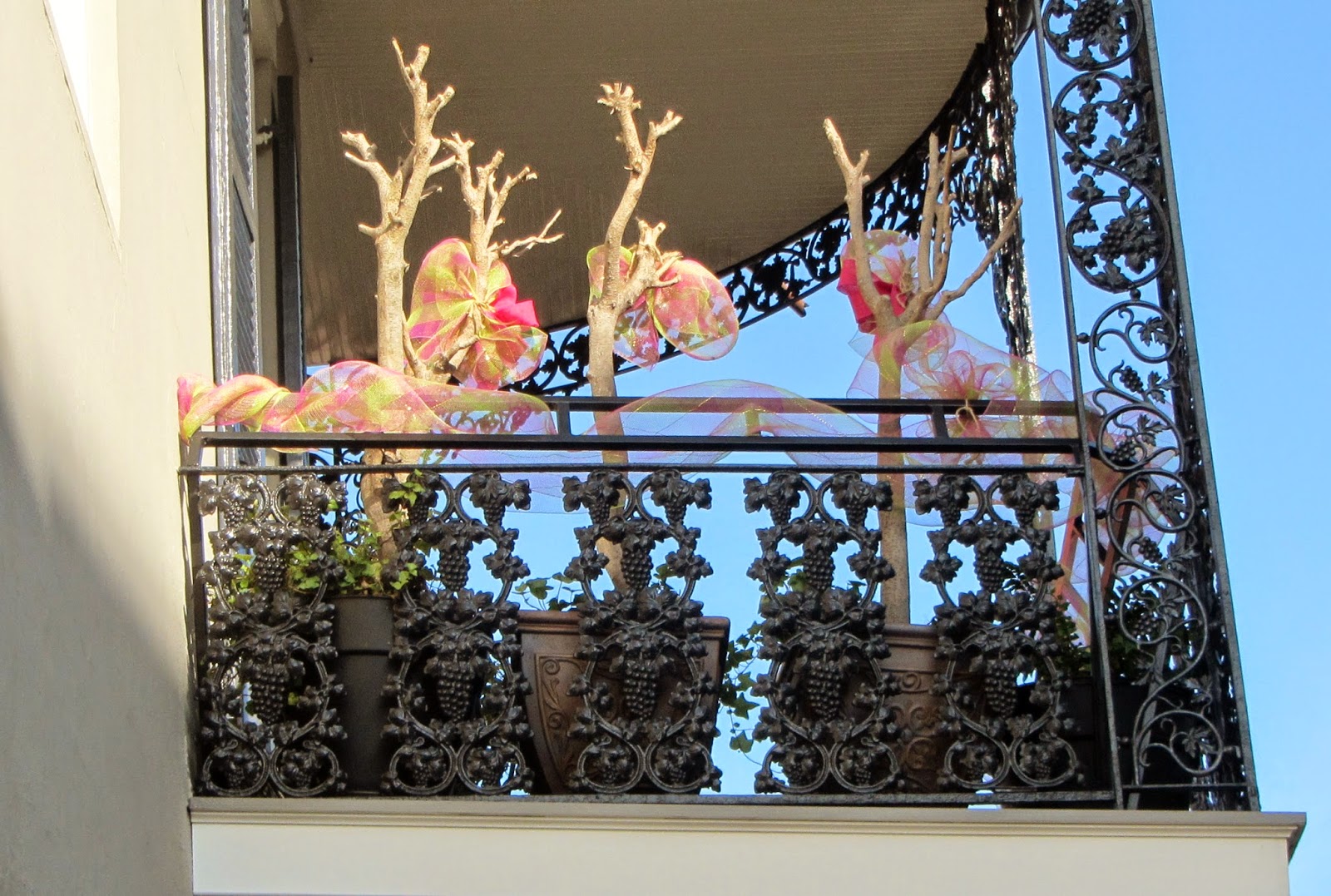 Jazz Funeral
"Where People Are Dying to Come In" 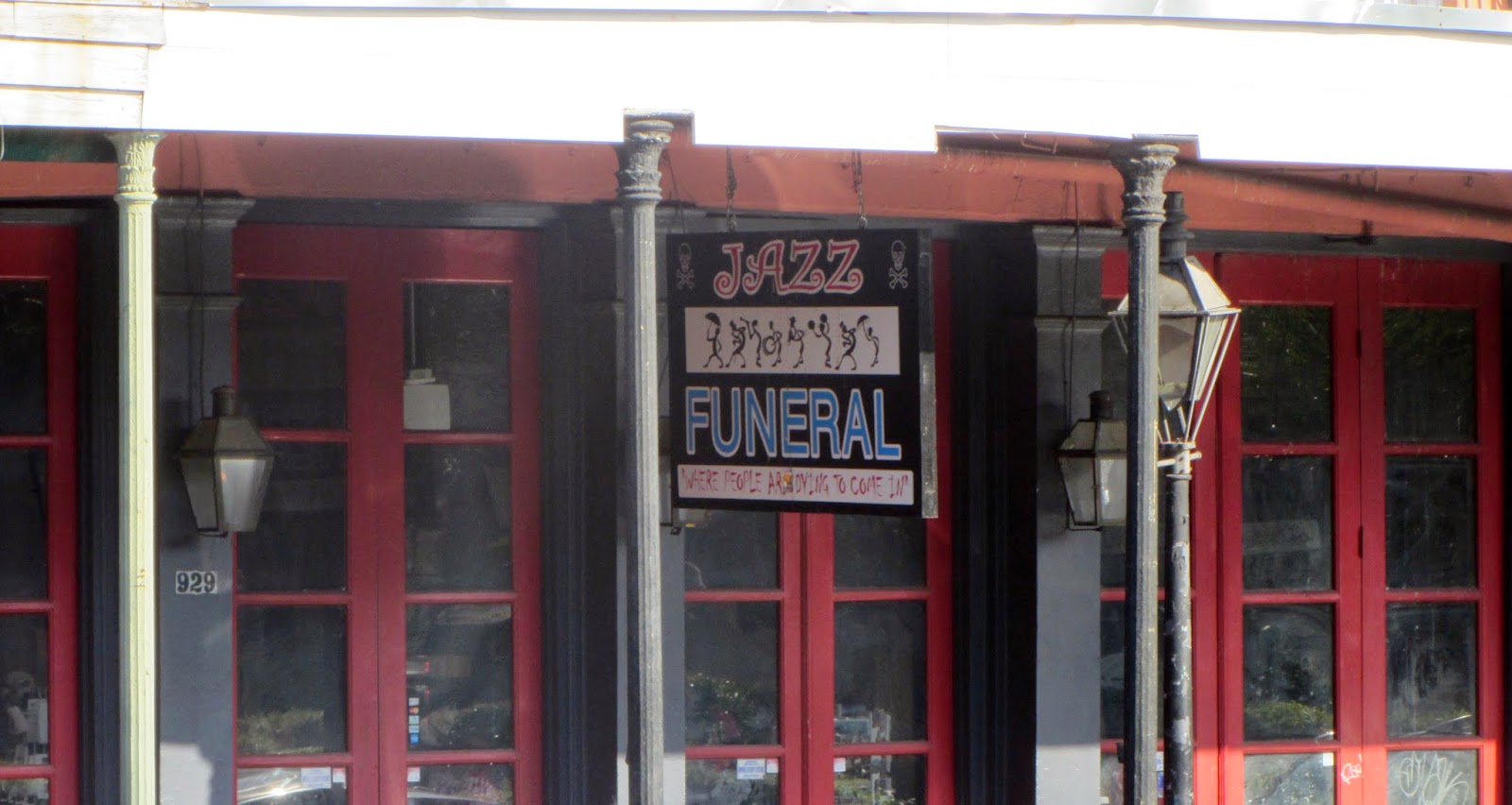 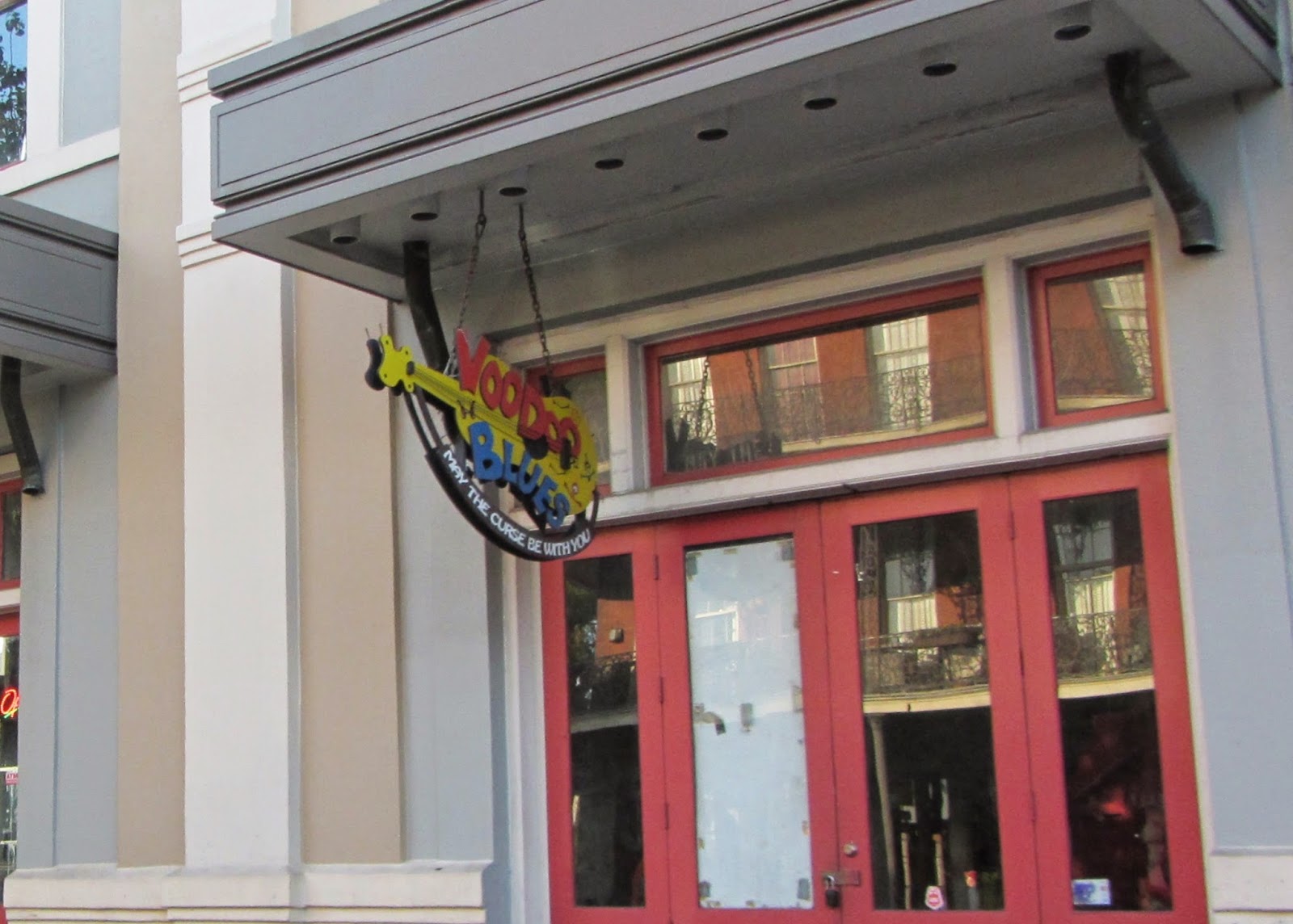 We arrived on the last day of the New Orleans free French Quarter Heritage Festival which is the nation's largest festival offering music, food, entertainment, arts and crafts and lots of people watching.
Ivy's handler, a young woman, was exposing her to crowds in preparation for being a therapy dog.
Ivy was a sweetheart, a real show stealer. 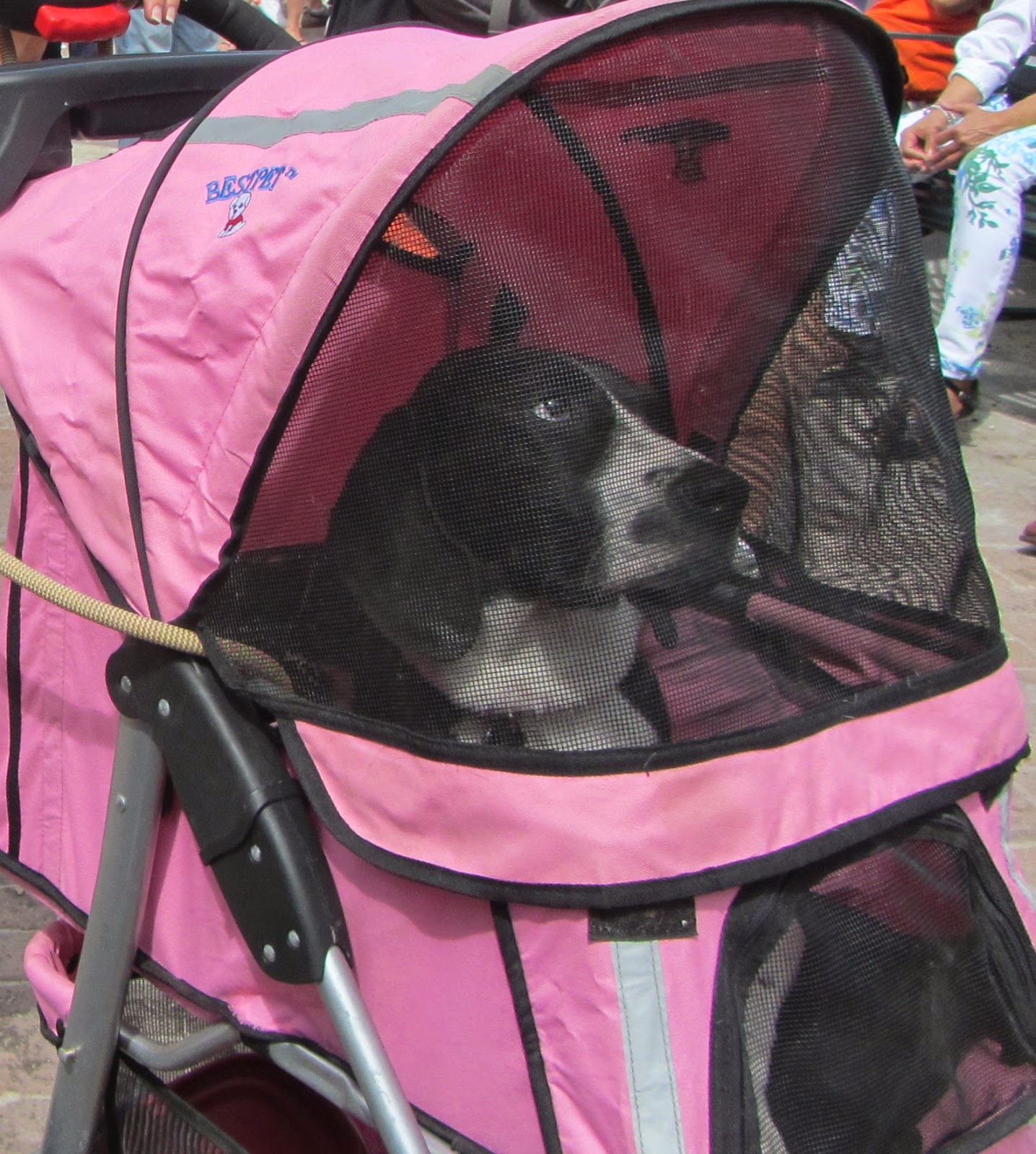 The Heritage Festival, a three day event held in the French Quarter and along the River Walk, resulted in tons of trash and yucky streets. Early in the morning street cleaners whizzed up and down the streets spraying a wide band of foamy water. The trash trucks were rolling, too. 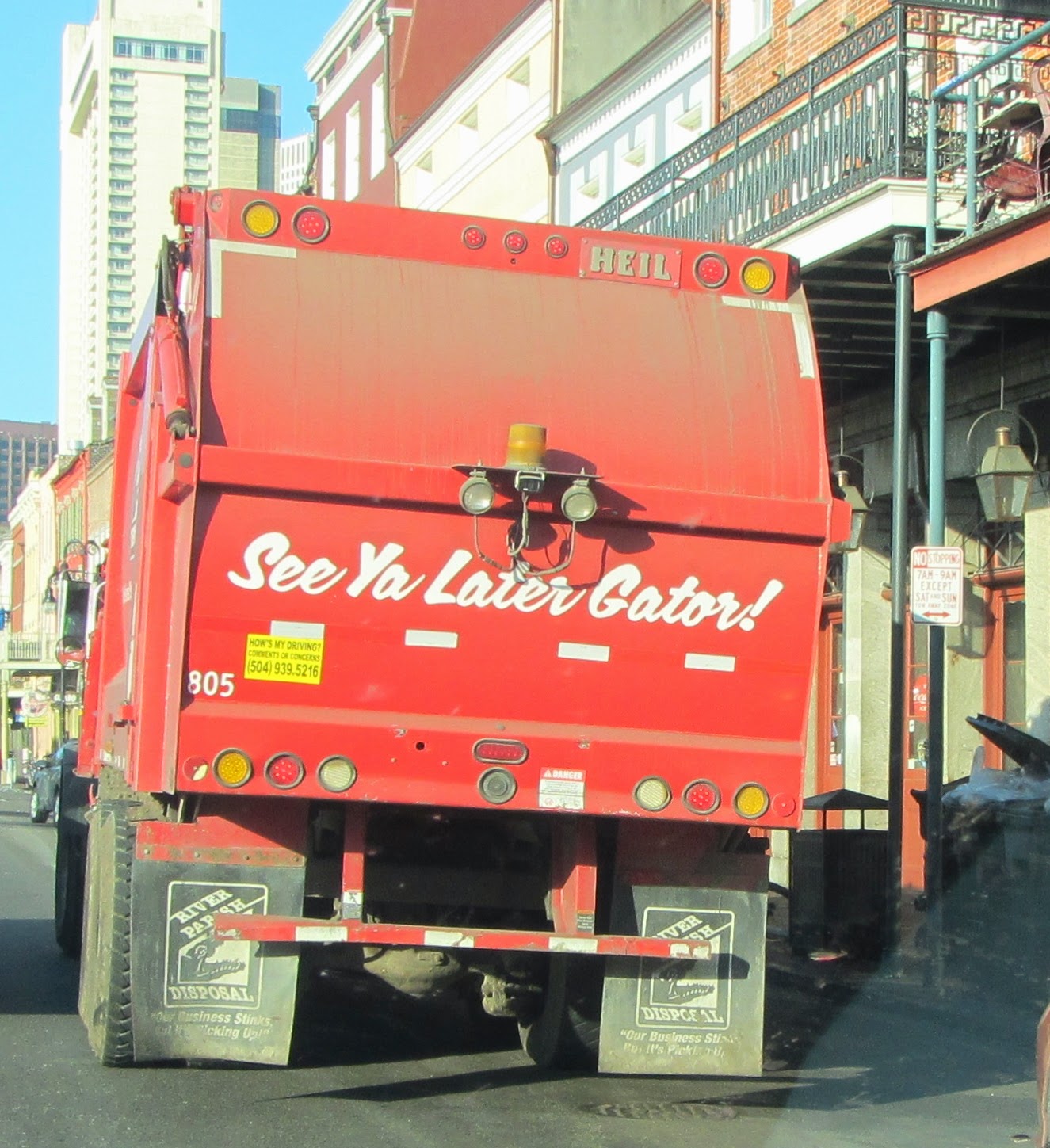 I hope you had a wonderful time in New Orleans.

My husband and I visited New Orleans for the first time this past fall. It was a memorable and enjoyable experience. We walked and ate and loved it all! We strolled around the city and marveled at its history and architecture, we ate beignets, we gawked at the magnificent homes in the Garden District, we ate gumbo, we took a streetcar ride through the city, we ate muffulettas. :-) We hope to return to N.O. for the jazz festival at some point.

J, thank you for stopping by. New Orleans is truly an experience. How do I sign up to follow you?

My one time in New Orleans was with children so what we could do was shaped by that. I feared someone would snatch my oldest in the crowds. He was everywhere at once! We went down to the Quarter early in the morning and that was when they cleaned up like you saw. The town smelled from beer and vomit of the night before...all eateries were hosing down their places from the inside out. Still we got beignets and enjoyed what we could. Maybe someday we will go back but other places call first.

I've only been once, but I loved it--except for the horrible humidity.

Thanks for sharing your photos.

I loved New Orleans. That French Quarter was filled with soul-squeezing jazz!

I also remember a haunted house tour and a tour of a voodoo museum! woo hoo.

Linda, SOOOOOO glad you went with your honey. Susan

I've never been there, but my best old ex-teaching buddy, Mabel, is there right now. She goes every year. I think New Orleans is to her what the beach is to you.

I've read about New Orleans architecture, mostly the old mansions, in novels set in that city. Your pictures are amazing, may I save a couple to use as bookmarks?
New Orleans is another of my visit-when-I-win-the-lottery cities.

I love New Orleans, but the first time I went there I had to get acclimatized to the filth (and the heat in July! Ha). It is absolutely a writer's town. I am so glad to see that the beauty of it is still there after Katrina.

N.O. is on my list of places to visit. An especially appealing time would be during the jazz festival.

I so hope to get back to this great place- love your pics!

Great pictures! I've never been there. Sounds like you had a nice visit there.