We dipped our toes 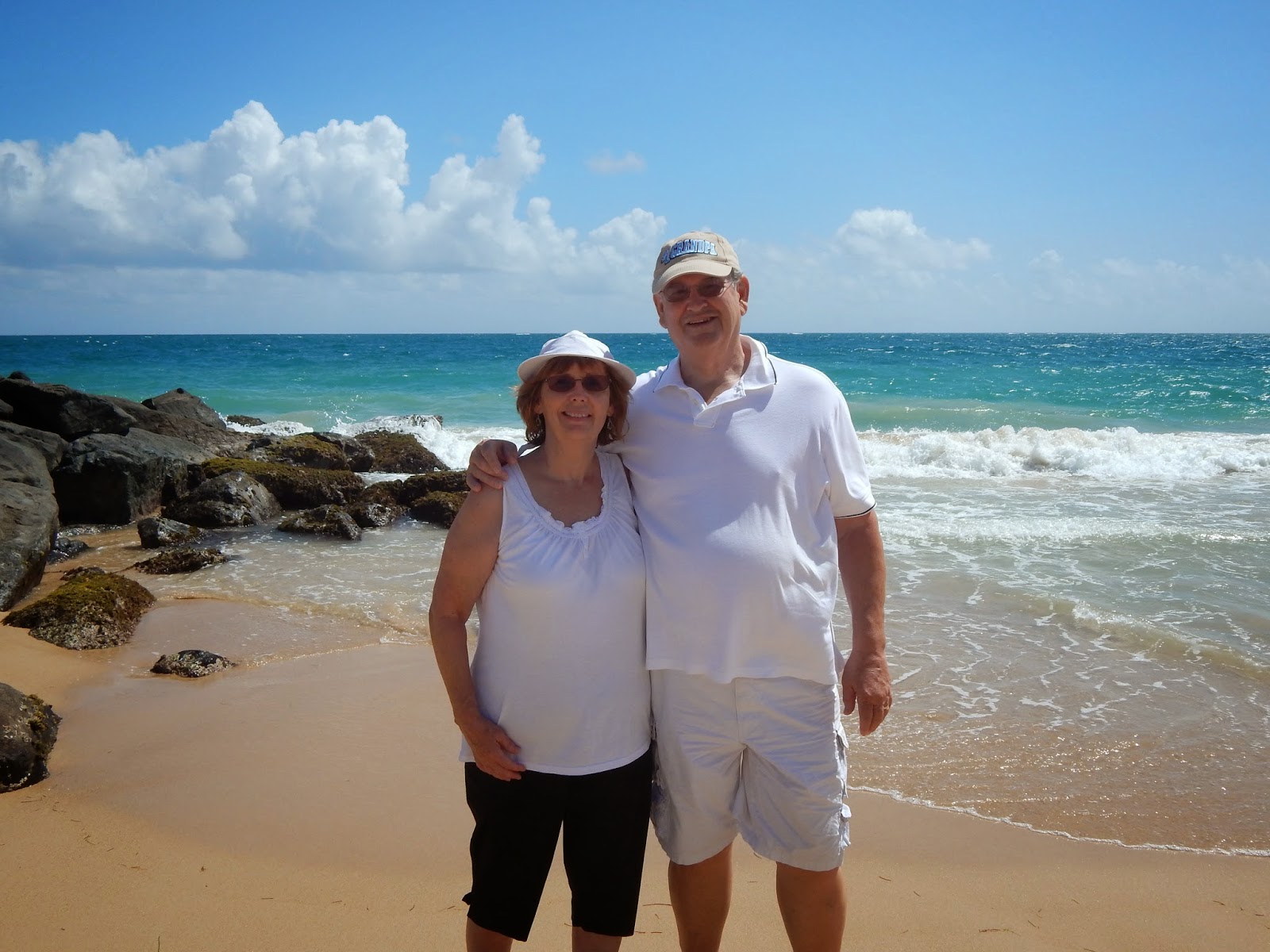 This land is your land; this land is my land. You do not need a passport to visit because Puerto Rico is a US Territory. Originally it was named Puerto Rico, San Juan, (Rich Port of San Juan) but the name got reversed. The country is divided into New San Juan and Old San Juan. We walked the cobblestoned streets along the plazas of Old San Juan with its 17th century buildings. Such history. 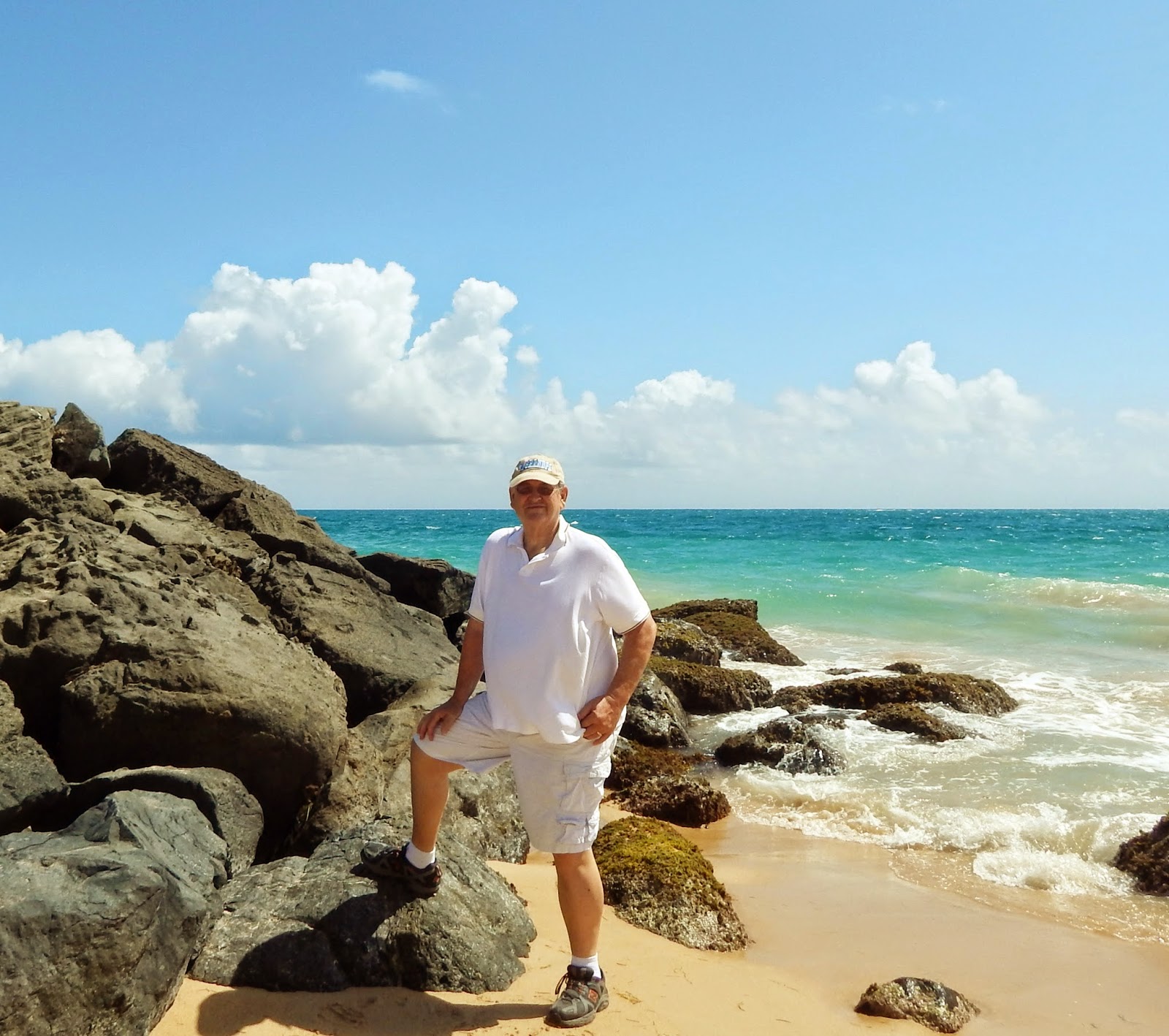 We took a guided tour where we learned that 70% of the population is middle class, 20% is very wealthy upper class, and 10 % is lower class living below poverty level and eligible for US government assistance. The citizens do not vote for US presidents, but have a governor. 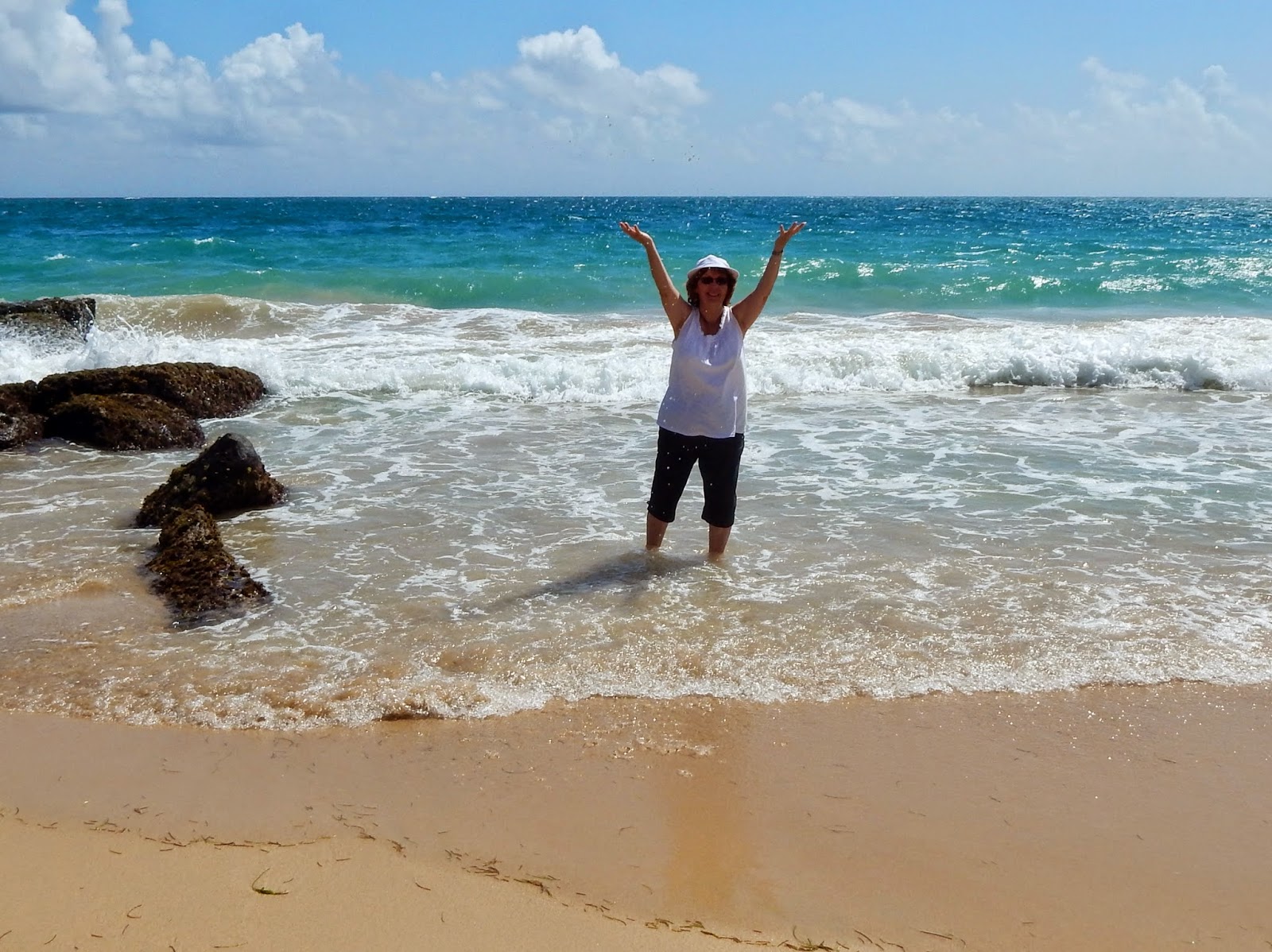 There is heavy shipping commerce in this part of the world because huge US companies are relocating their production plants there to avoid paying federal taxes.

Juan Ponce De Leon founded Capaberra the first settlement in his search for the Fountain of Youth. I would be content to just stay here and play in the sea. Aren't the colors incredibly beautiful?
Posted by Linda O'Connell at 7:57 PM

You two look so happy. I'm glad you had such a great time. (No handsome young Puerto Rican men tried to sweep you off your feet and take you away to their beach house?)

The background on Bill's solo picture is particularly breathtaking. Oh, and Bill, too, is breathtaking in his own colorful way.

It looks gorgeous there, Linda. Yes, the colors are wonderful! The beach looks divine.

We had a cruise stop at San Juan and I fell in love with the place. I hope to return soon!

I know you were happy in this shot, Linda. You were warm, in the water, and enjoying sunshine with your honey! Susan

oh Linda it looks so nice there.