Santa Claus made an appearance


Saturday was a busy day. I drove from one end of town to the other. The temperature was 70 degrees when I left home at 9:30 a.m. By the time I arrived at Half Price Books in St. Charles to meet fellow Chicken Soup for the Soul writers for our book signing, it was 40 degrees and raining. We had a successful event and canned food drive. 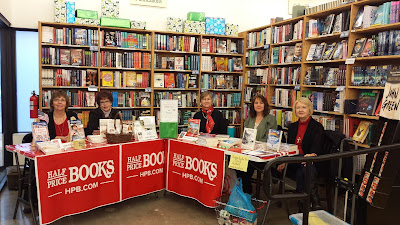 I left there at 2:00, drove home and picked up hubby and his Santa suit, and hurried to the other end of town to my daughter's and son-in-law's so Paw-paw could play Santa for Alex and Liam.  We prepared Liam for a week. I told him the same Santa who came to visit at our house last year (we showed him photos of himself with the big guy) would stop by Nana Tracey's. All the people who love him would be there, his parents, grandparents and great-grandparents, and we'd make sure he was safe. I asked if he was afraid or thought he might cry?

"NO, Nana Linda. I am not afraid. I am not going to cry. I'm going to tell Santa I want two big dragon dinosaurs, a red one and a blue one, like I saw at Wal-Mart. 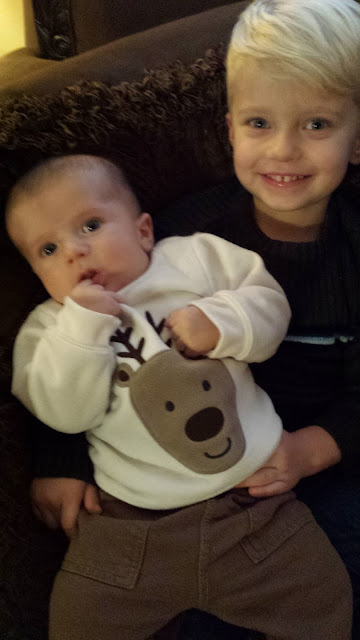 Alex loved all the excitement and jabbered as he was passed around from one of us to the other. 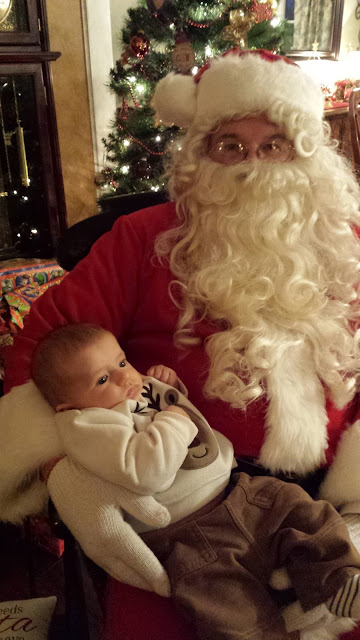 Liam was so excited when Santa came in. He tried so hard to be brave, but you can see the melt down about to happen. Poor Santa looks overwhelmed, too. 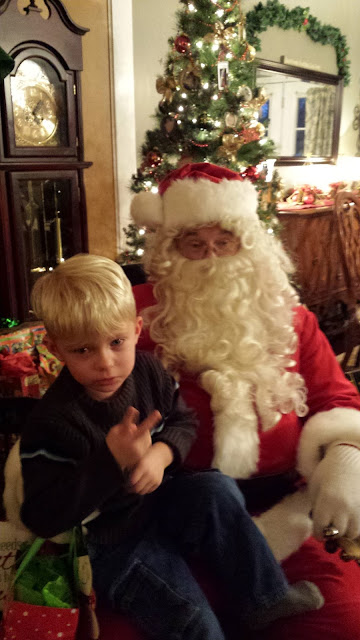 "Santa, I want two big dinosaurs..." Then the waterworks started. 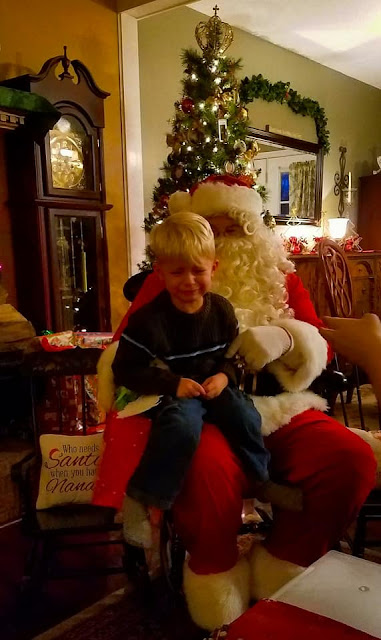 So, this is the official Christmas card picture, unless they can get him near another Santa. 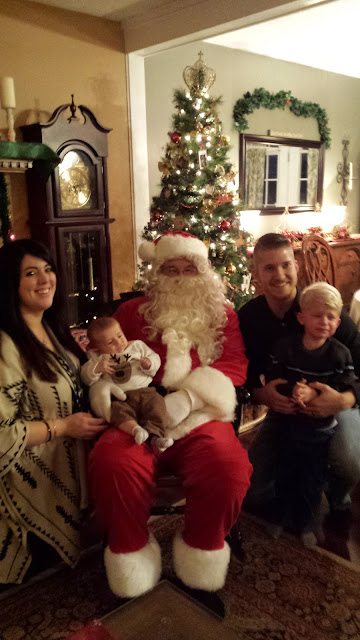 Santa left Liam a present and promises for more to come... then he left, and everyone settled down.
Lots of huggin' and lovin' with my sweet great grandsons who settled in for a long winter's nap. 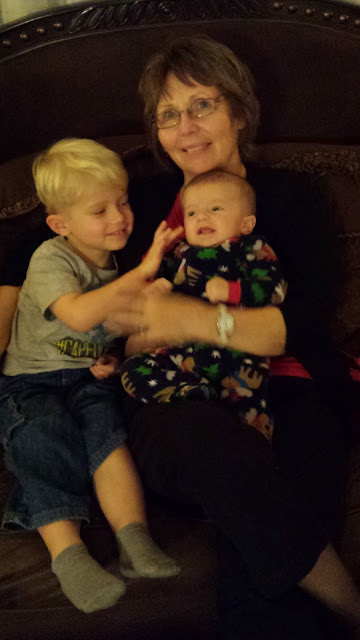 Haha...I shouldn’t laugh, but that is so cute how unhappy he looks with Santa. Those make the best Christmas card photos. Everyone will get a chuckle out of it!

So precious. The time that they enjoy Santa is so short, you have to treasure every minute!

I'm glad your event at Half-Price was successful! I'm betting that you were the author with the most Chicken Soup stories.
Thanks for sharing all the lovely grandkids/Santa pictures. They're adorable.

What a regal-looking collection of authors. And poor Liam! I love the picture, but want to give him a hug.

Oh, the trauma of the Santa visit. Liam's parents will love showing him those pictures someday.

That last picture is so sweet. :-)