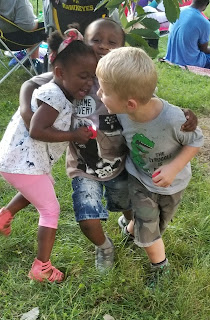 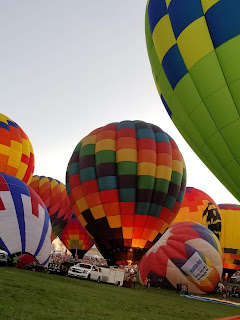 Wow, Linda. That has all the components for a Sasee story. Very sweet.

Our town did something like this for a few years, but not this year for some reason.

Great pictures! Except for all the walking in the heat, that seems like a wonderful outing.

Love the pic of Liam playing with his new friends, and I'm happy the balloons changed course so he could see them. I love hearing about all of his adventures with you!

I went to a hot air balloon lift years ago. It was magical and beautiful. So special that you got to share this experience with Liam. I bet he will remember it always.